2019-20 Upper Deck Series 1 Hockey cards mark 30 consecutive years for the flagship line. And while the checklist is firmly set on the present, there are some understandable nods to the line’s history as well.Overall, the mix is somewhat familiar with many of the same insert themes as recent years and the same general base set structure, too. And that means a fresh batch of Young Guns. The Rookie Cards once again land six per hobby box.  2019-20 Upper Deck Series 1 Hockey Base Set BasicsIf you’ve collected Upper Deck Hockey over the last several years, you know the drill when it comes to the main set. It’s 250 total cards split into a couple of parts. The first 200 are veterans. Well, the first 198 cards are. Numbers 199 and 200 are checklists. As always, action photography is one of the set’s distinguishing marks. Young Guns Rookie Cards make up the remainder of the set. These are moderate short prints, landing 1:4 hobby packs. The November release date means that some of the start-of-season rookie debuts will make their way into packs. Upper Deck Hockey doesn’t do a lot of parallels, but there are some. Clear Cut cards, which are done on acetate, fall 1:72 hobby packs — roughly every third box. Exclusives (/100) and High Gloss (/10) both return as well.InsertsUD Canvas is among the returning inserts. These are kind of like a set within the set. The checklist has 120 cards, 30 of which are Young Guns. Canvas cards combine to land 1:6 packs. Similar to the main set, Young Guns are short prints (1:48). Another perennial insert is UD Portraits. Between the veteran and rookie versions, these are among the more common inserts, falling 1:6 packs. Additional parallels are available in Gold Foil (/25, Rookies – /99) and Blue Foil (/5, Rookies – /25). Collectors should find a couple of other insert sets in every hobby box. Pure Energy (50 cards, 1:6 hobby packs) is new for 2019-20. Generation Next (1:15 hobby packs) makes its return, putting the spotlight on young players. Autographs and Memorabilia CardsHits take a bit of a back seat in Upper Deck Hockey. This set is no different, however there are some autographs and memorabilia cards to be found.On the autograph side, there’s Signature Sensations. These land 1:276 hobby packs, which is a little better than one per case. Ceremonial Puck Drop Autographs (1:30,000 packs) and UD Canvas Signatures (limited to player’s jersey number) are also available, but extremely scarce. 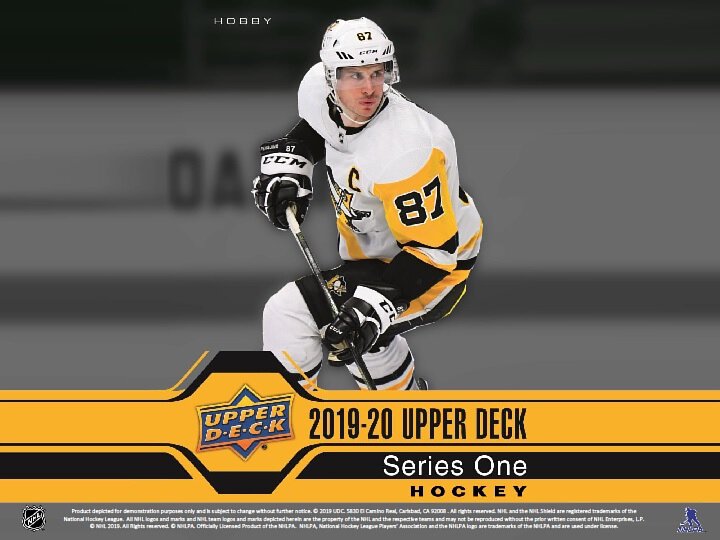 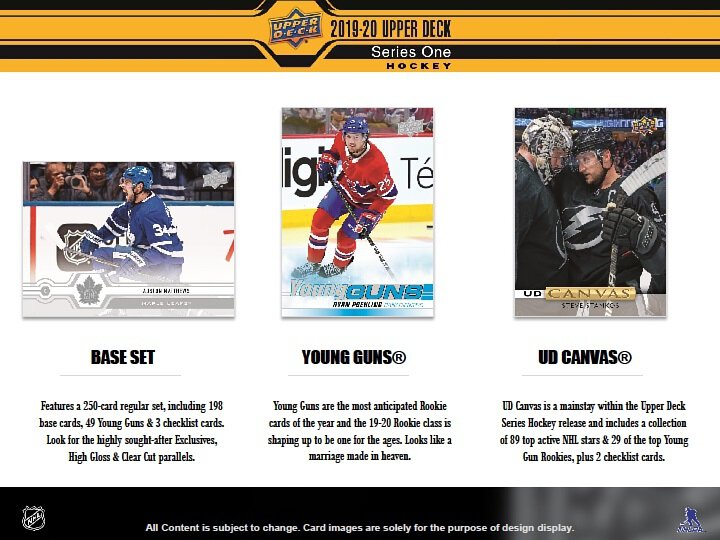 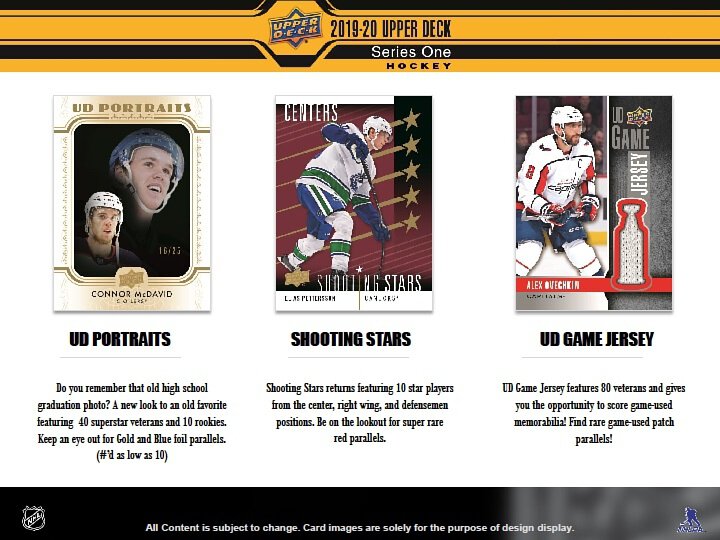 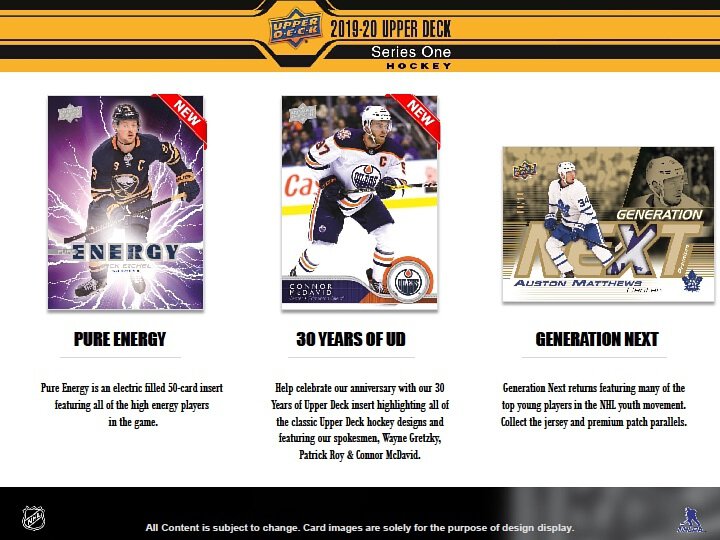 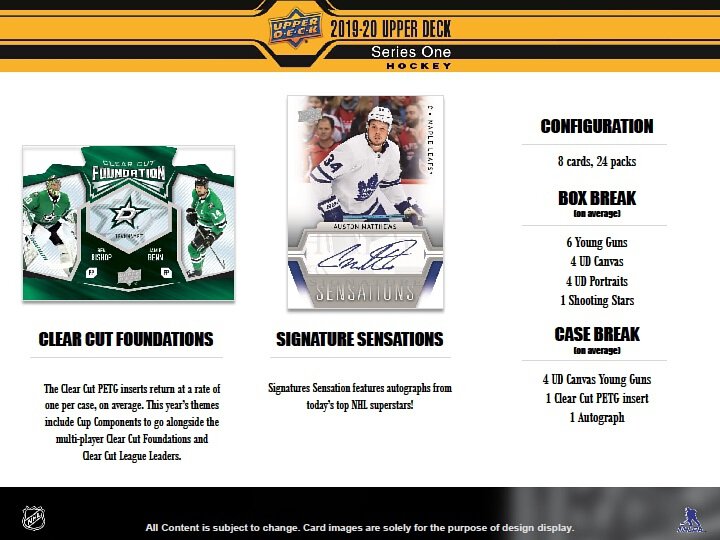