2018-19 Upper Deck The Cup Hockey cards bring with them the ultra-premium content the brand is known for. Not only are there lots of autographs and memorabilia cards, but they represent some of the highest quality of the season. That means on-card autographs, plenty of patches and big names throughout the checklist. There’s also a high level of prestige for the line simply because it’s The Cup.Each six-card box (which comes as a tin) includes a pair of autograph patch cards. 2018-19 Upper Deck The Cup Hockey Base Set BasicsThe main set has a few different subsets, all of which culminate with the cornerstone Rookie Autograph Patch cards. Regular cards, which highlight NHL veterans are numbered to 249. The same is true for the Rookie Class of 2019 subset. Team Canada Juniors Retro cards, which look back on some of the greats to suit up and represent the maple leaf, have just 149 copies each.Parallels for all three of these fold in a mix of autographs and memorabilia. For select regular base cards, these include Gold Spectrum Foil Auto (/12), Gold Foil Patch (/8), Gold Foil Auto Patch (/8), Green Foil Button (/3), Green Foil Button Auto (/3), Red Foil Tag (/2), Red Foil Tag Auto (/2), Black Foil Auto (1/1), Black Foil Shield Logo Patch (1/1), and Black Foil Shield Logo Auto Patch (1/1).Rookie Class of 2019 cards have Autographs (/75), Red Auto Inscription (/5), and Black Auto Inscription (1/1). Scarce version of Team Canada Juniors Retro cards come in the form of Auto Button (/3), Auto Tag (/2) and Black Auto Patch (1/1).Rookie CardsAs usual, Rookie Auto Patch cards come in a couple of tiers. More common cards have print runs of 249 (Tier 1) while key players have just 99 (Tier 2). When it comes to modern hockey RCs, these are usually considered to be the most coveted. When you’re considering what “the best” is, chances are it’s The Cup.

Parallels include Gold Spectrum (Tier 1 – /36, Tier 2 – /24), Gold Foil (Tier 1 – /24, Tier 2 – /12), Green Foil Button (/3), Red Foil Tag (/2), and Black Foil (1/1). A couple of additional parallels don’t have autographs, Gold Spectrum Foil (/36 or less) and Black Foil (1/1).Not all 2018-19 The Cup RCs have the autograph-patch combination. Some have just signatures. Base versions are numbered to 249 and parallels are similar to the auto patch rookies.Additional Autographs and Memorabilia Cards2018-19 Upper Deck The Cup has some new additions. Trilaterals have a couple of different versions. Patches are a major part but some have autographs as well. Program of Excellence Autographs (/10) are a place to find Team Canada-themed cards outside of the main set. Dual autographs have just five copies each.Cup Trios (/33), Quads (/12) and Sixes (/6) jersey cards combine several players. These have a variety of premium material and button parallels.Cup Foundations (/25) get their foundation with a quartet of swatches. Autograph versions have 15 copies while patches have just three. Cup Foundations Rookies are more plentiful with print runs of 49 for the base quad jerseys, 15 for autograph jerseys and ten for patches.Being as high-end as it is, it shouldn’t be surprising that 2018-19 Upper Deck The Cup has several book card themes as well. Auto Monumental Patch Booklets are one-of-ones that include two halves from the same large swatch. Open them up and they go together. 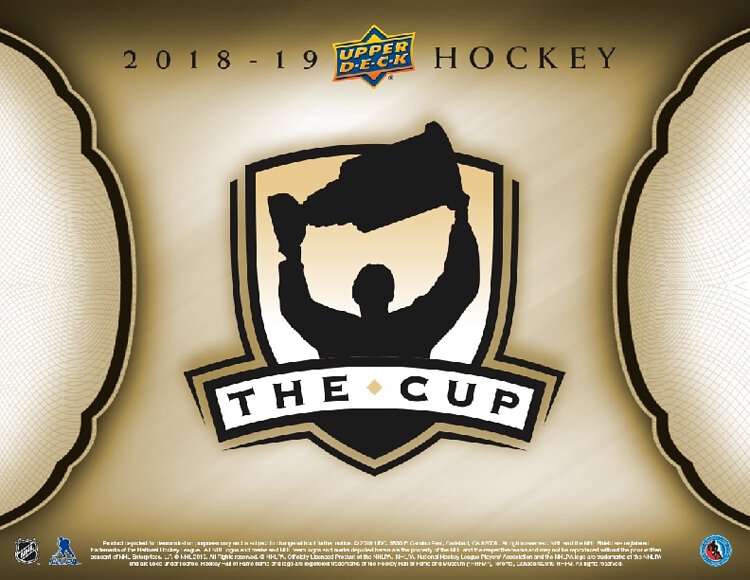 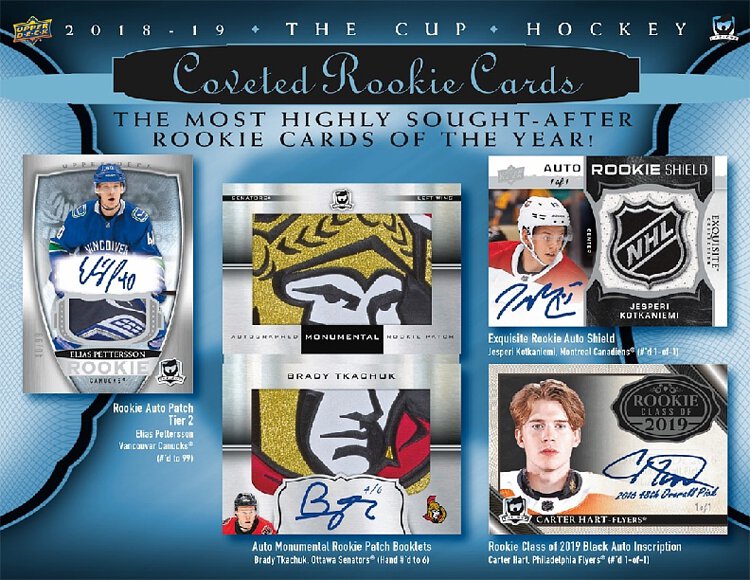 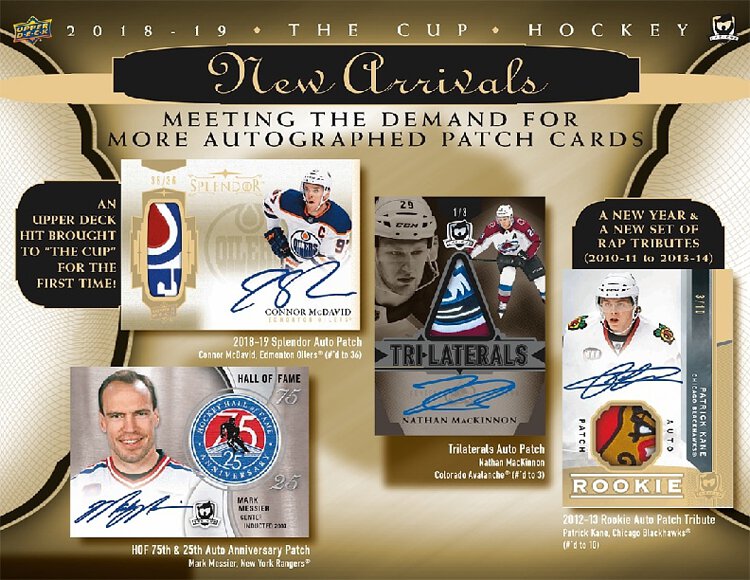 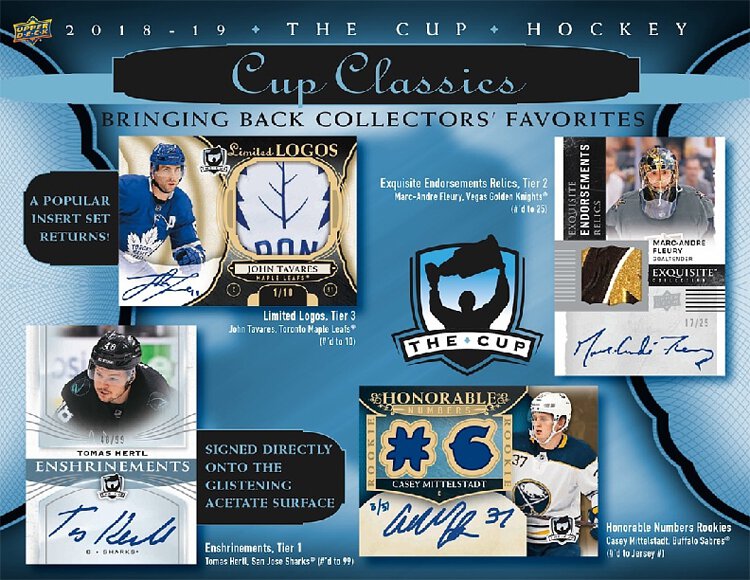 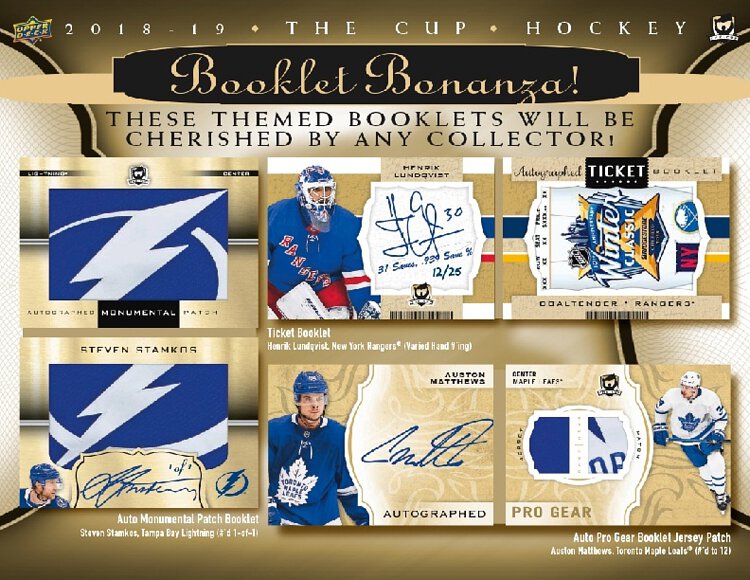 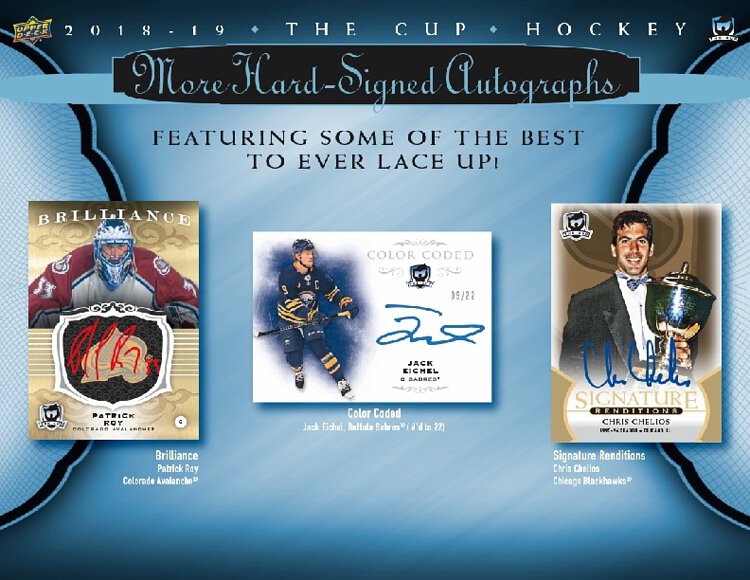