2018-19 Upper Deck Artifacts Hockey offers a pre-season take that’s focused much more on autographs and memorabilia cards than the likes of earlier sets such as MVP and O-Pee-Chee. Because Artifacts comes out before the season, live Rookie Cards are players who debuted late in 2017-18. Ryan Donato, Casey Mittelstadt and Adam Gaudette are among them.Basic parallels come in a few different colors. Ruby are the most common with 299 copies for all cards but Rookies, which have 399. Other parallels include Emerald (/99), Aqua (/45), Purple (/20) and Black (/5). Many base cards also get autograph and memorabilia makeovers. Starting with jersey cards, veterans, Stars and Legends have four levels of cards numbered to 165 and less. Rarer memorabilia parallels include patches and other premium pieces like tags. There are also autographs and autographed memorabilia versions for Stars and Legends cards that have no more than 45 copies each. Rookies come with similar levels of signatures and relics, although the more common types are more plentiful. Rookie Materials cards start with print runs and go down from there. Autographs and autographed memorabilia cards have 99 copies or less.Autographs and Memorabilia CardsNot all of the signatures and relics in 2018-19 Upper Deck Artifacts Hockey are parallels of the main set. Several standalone inserts are also part of the checklist.Honored Hopefuls return for another round. Separate autograph and memorabilia lineups highlight players with a high likelihood of having punched their ticket for Hall of Fame induction. Whether it’s an Honored Hopefuls Autograph or Relic, these are numbered to 27 copies each.Tundra Teammates are also back. These have memorabilia from two (/199) and four (/99). Premium versions have 15 copies for Duals and ten for Quads.Pieces from the old Montreal Forum are embedded in Le Bleu Blanc Rogue Remnants (/26). The most common cards are 1:20 packs. Short prints are All-Stars and Holdover Rookies, which are both 1:640 packs.The first 25 people to finish the set get cards #49 and 50 in the set, an exclusive set of nine Aurum White cards and an Aurum White Autograph signed by Wayne Gretzky. After the first 25 rewards are handed out, remaining collectors who finish the set of 48 get the two Aurum bonus cards.Rookie RedemptionsAs part of the solution of overcoming not being able to have the new rookie class in the product — at least those debuting that year — Artifacts has a long tradition with including Rookie Redemptions. They’re back in 2018-19 Artifacts Hockey at a rate of one per hobby box. 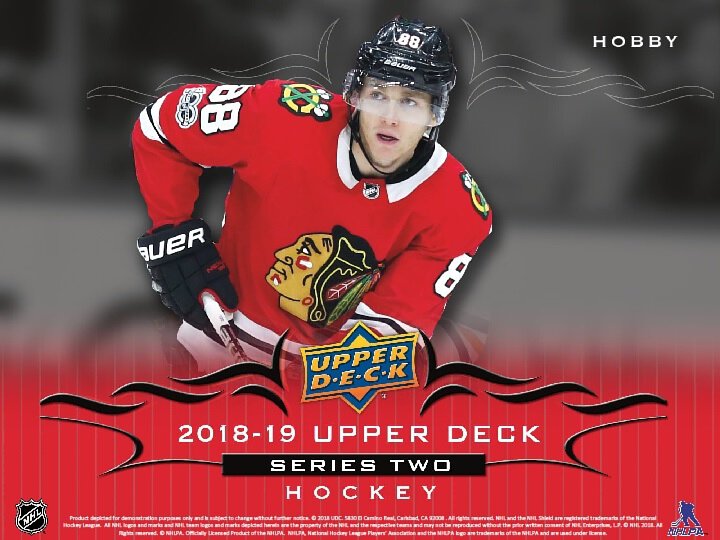 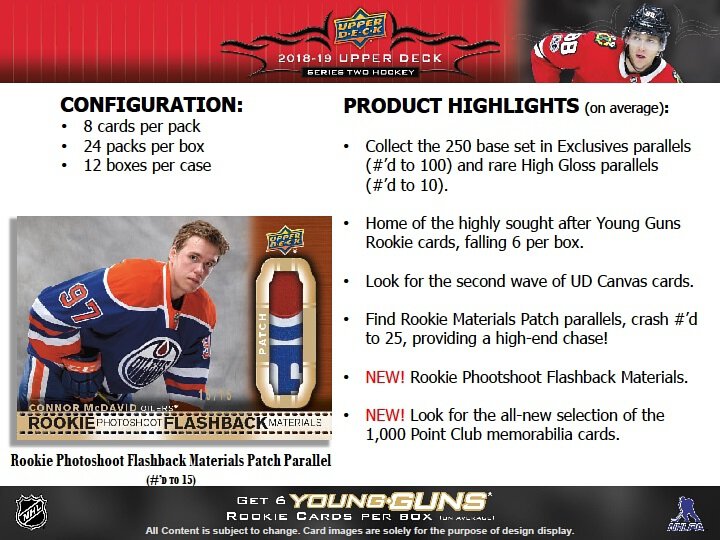 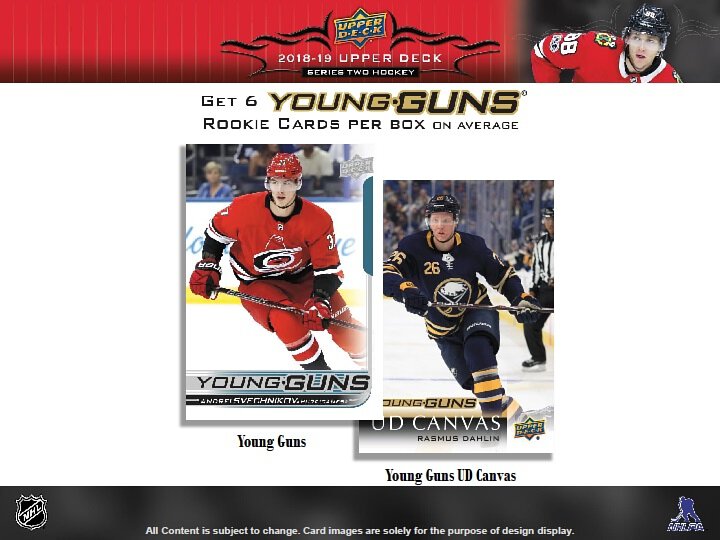 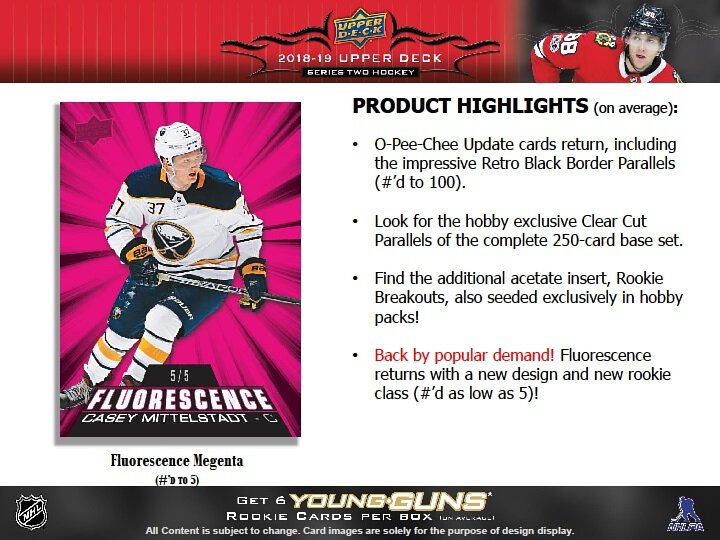 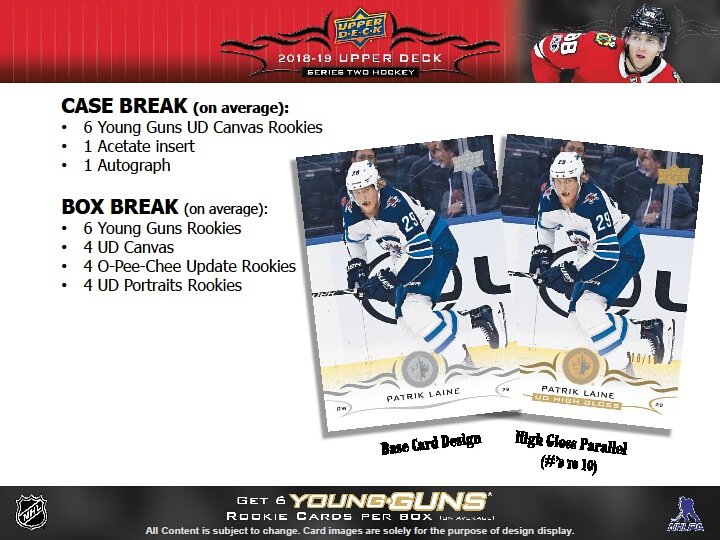